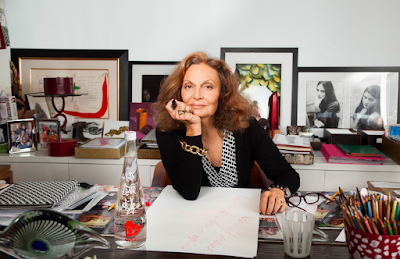 Diane von Furstenberg was born in Brussels, Belgium in 1946.  According to Diane, her mother, an Auschwitz concentration camp survivor, taught her that "fear is not an option".

She married into the German princely House of Furstenberg, as the wife of Prince Egon von Furstenberg.  She maintained her name even after her divorce. 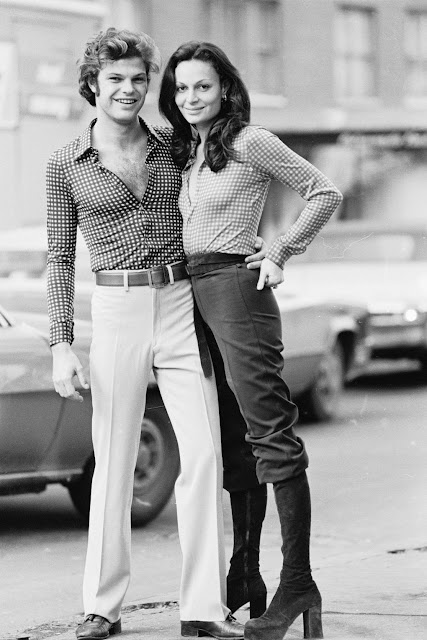 It is believed that the iconic wrap dress was conceived when Diane saw Julie Nixon Eisenhower on television wearing one of her wrap tops with one of her skirts.... and she decided to put the two together.

In 1974 after meeting Vogue editor Diana Vreeland, she introduced her knitted jersey "wrap dress".  By 1975 she was reported to be making 15,000 of the dresses a week. 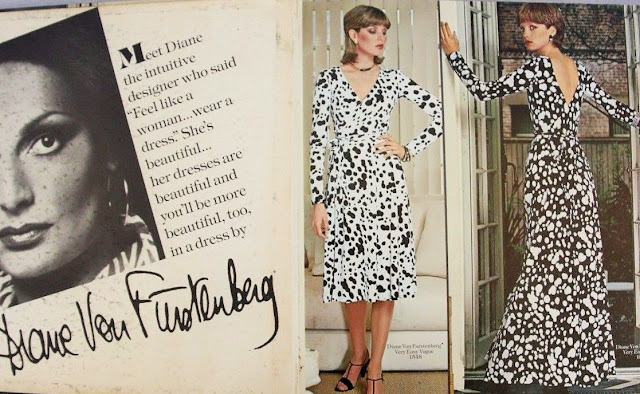 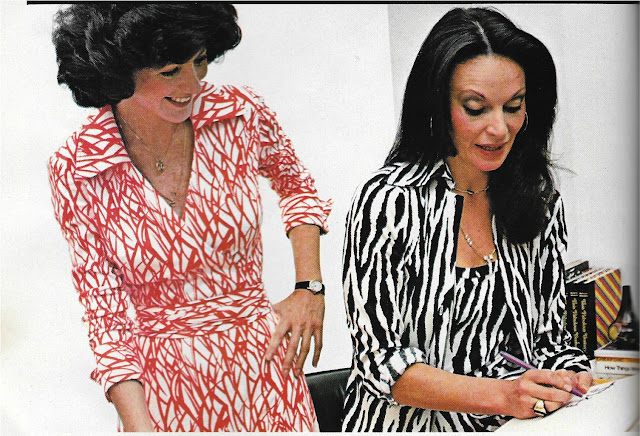 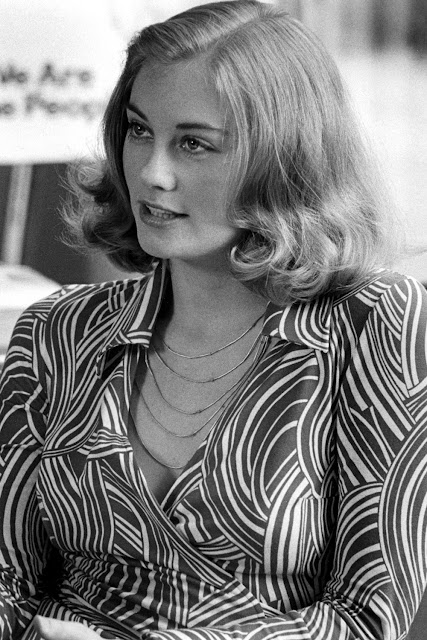 In 1985 she left her design studio for France where she engaged in other economic endeavors.


In 1997 she re-launched her design company and re-introduced the wrap dress.  Now a new generation of women fell in love with the design.

In Diane's own words, "The wrap dress is a cultural phenomenon.  What is so special about it is that it's actually a very traditional form of clothing.  It's like a toga, it's like a kimono, without buttons, without a zipper.  What made my wrap dresses different is that they were made out of jersey and they sculpted the body."  The Independent 2008

Kate Hudson wore a Diane von Furstenberg dress to the You, Me and Dupree film premiere in 2006. 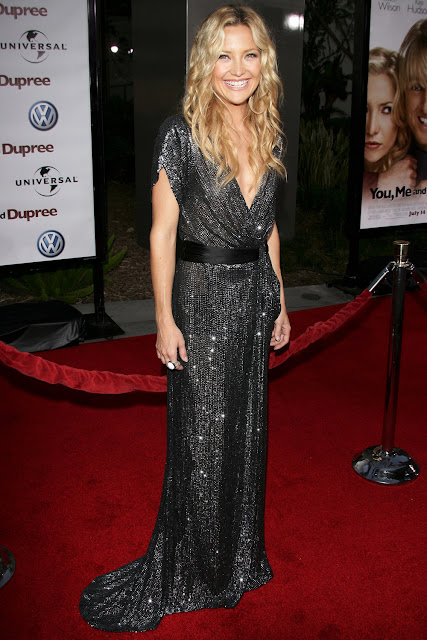 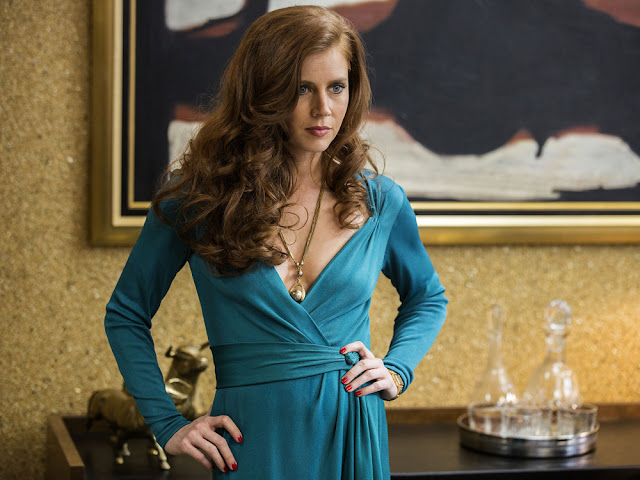 The Duchess of Cambridge in 2014 proved the DVF dress was perfect for Royal duties. 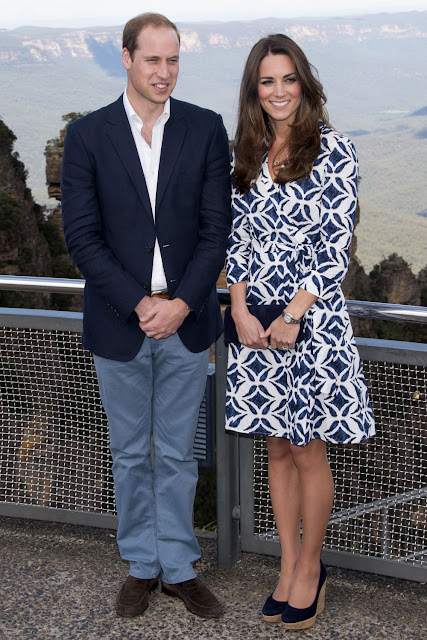 The Diane von Furstenberg Spring 2018 ready-to-wear Collection with Jonathan Saunders collaborating was full of color and prints and hand painted florals.  You can see the full runway by clicking here:
www.vogue.com/fashion-shows/spring-2018-ready-to-wear/diane-von-furstenberg

I pulled out a few of my favorites:

The front zipper skirt with the wrap waist blouse could go anywhere. 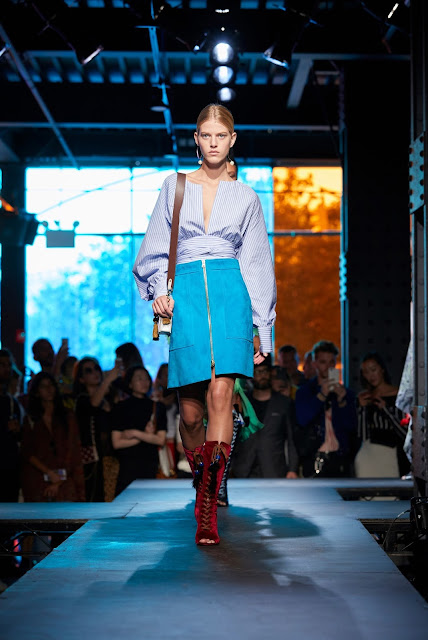 A wrap dress variation with a very interesting sleeve.  I find myself wanting a close up look to see how it is constructed. 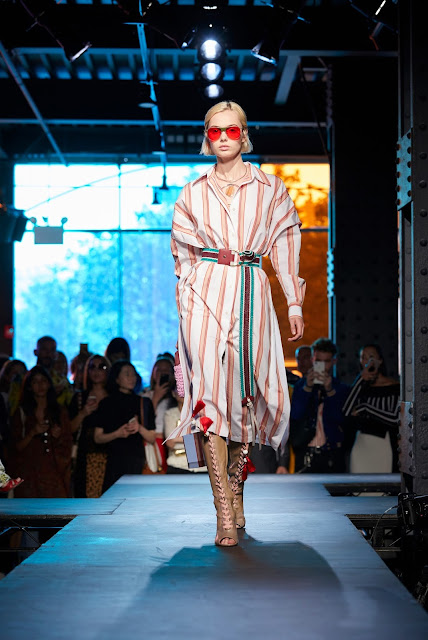 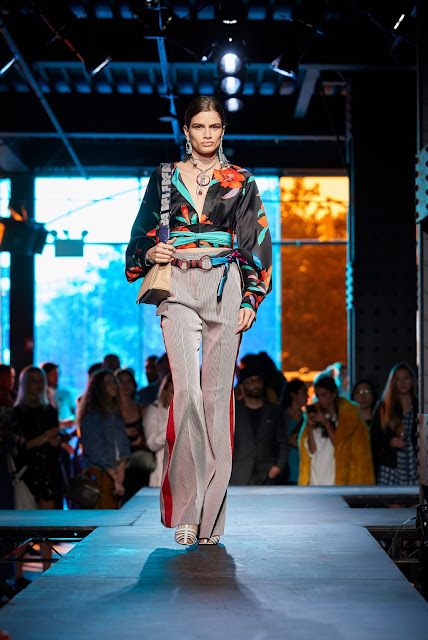 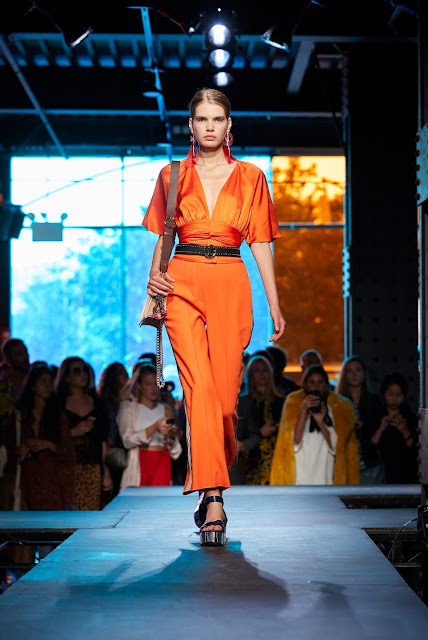 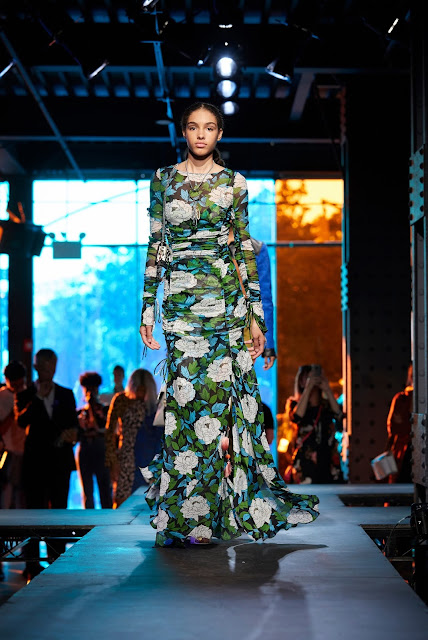 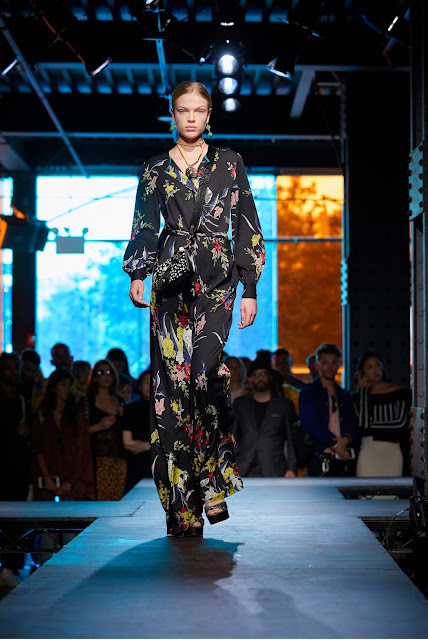 These pants definitely make a statement. 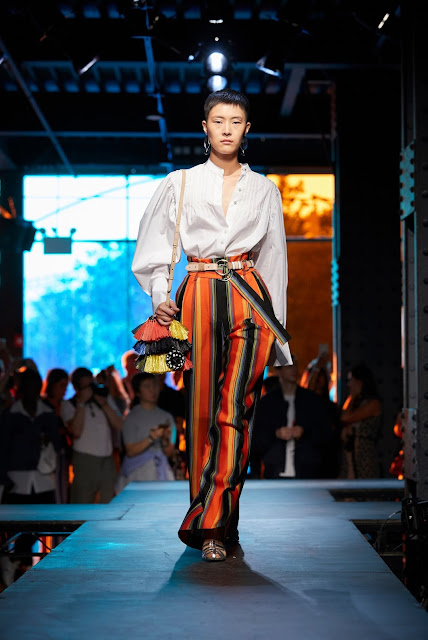 Just for fun, I found some DVF fashions for you to peruse......