Did any of you watch the Victoria’s Secret Fashion Show a few nights ago?  One hour of over the top costumes intermingled with some A-list musicians.  The venue was Shanghai, China.  Perhaps a smart move considering that I have heard that the lingerie market of China will soon double that of the United States.
The perfect size two models demonstrate the fact that Victoria is not interested in broadening the idea of what is ultra feminine. 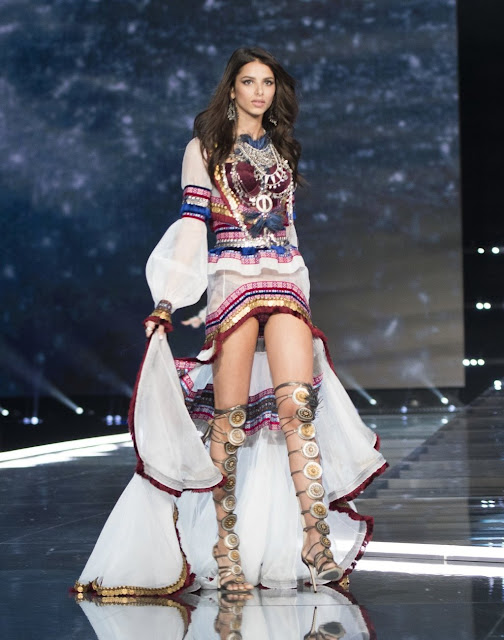 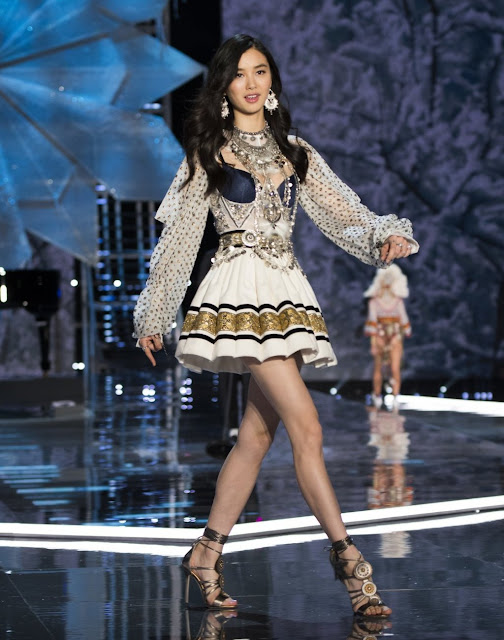 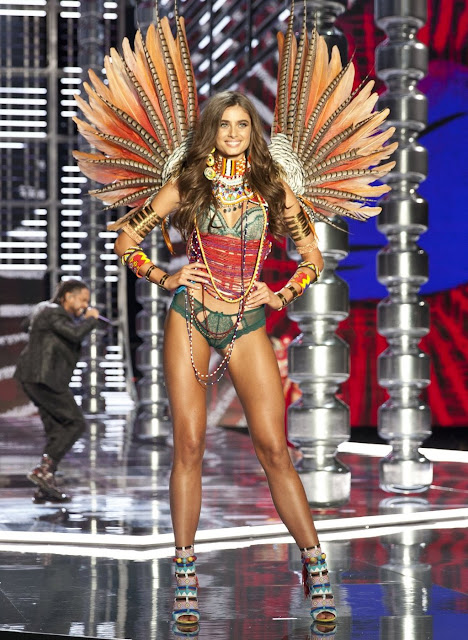 In my opinion the models were NOT scantily clad.  If you wanted to see that, you needed to watch the 2017 Miss Universe Bathing Suit competition  on the 26th of last month. 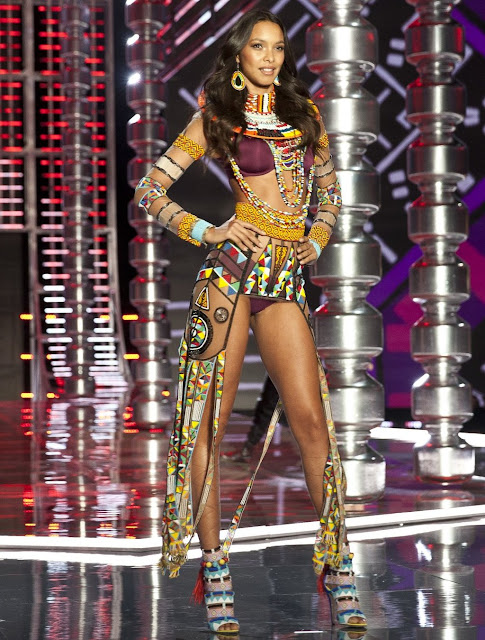 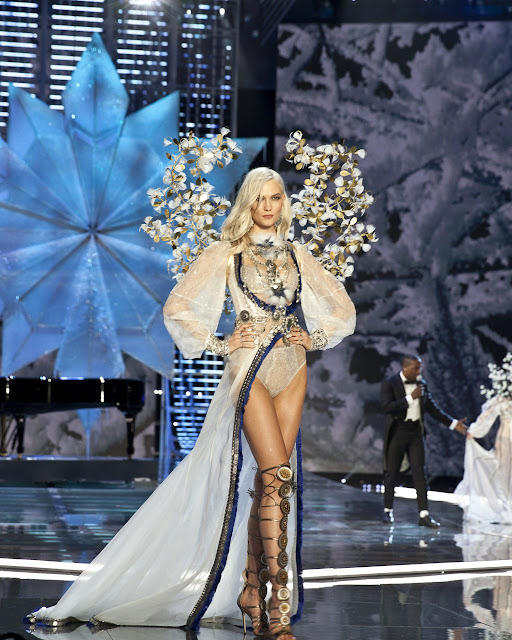 The costumes overpowered whatever lingerie the models were wearing.  They were encrusted with gold,  jewels, beading and feathers.  The hours of hand work and cost of materials was obviously of no concern.  Shoes and thigh length leg coverings were something to see, but not necessarily wear.   The many "angel wing" interpretations of gold, silver, feathers, flowers and sparkles were bedazzling.  To me the bejeweled Angels were a sight to behold and
one hour of eye entertainment. 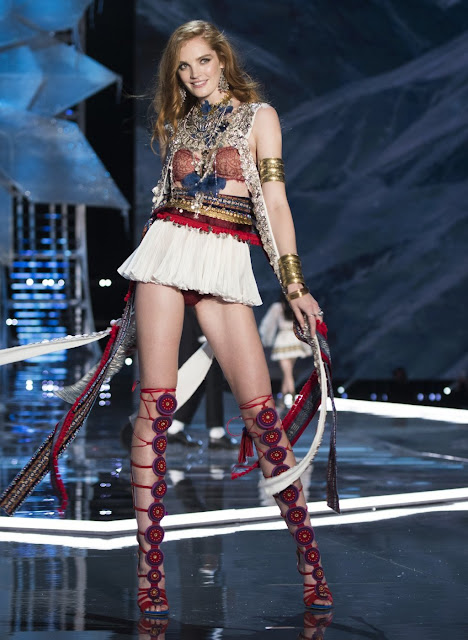 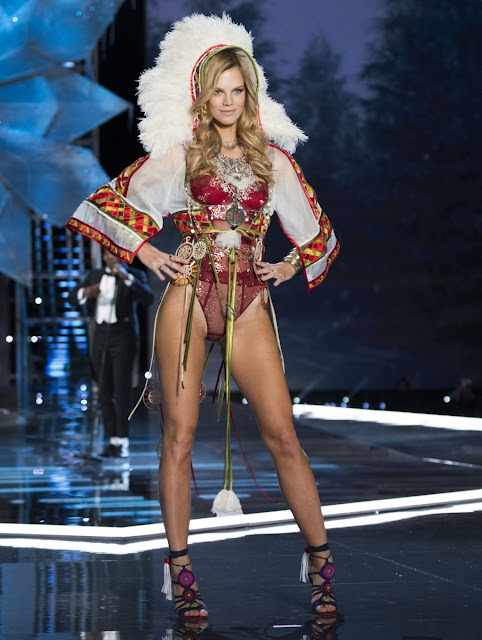 In reading the reviews, the highlight of the evening was the slip and fall of the Chinese model Ming Xi.  The show is not televised live, so why wasn’t the unfortunate incident cut from the televised show?   According to the Washington Post, “for producers, a model falling down is TV gold”.
(I did not include a picture of the "fall") 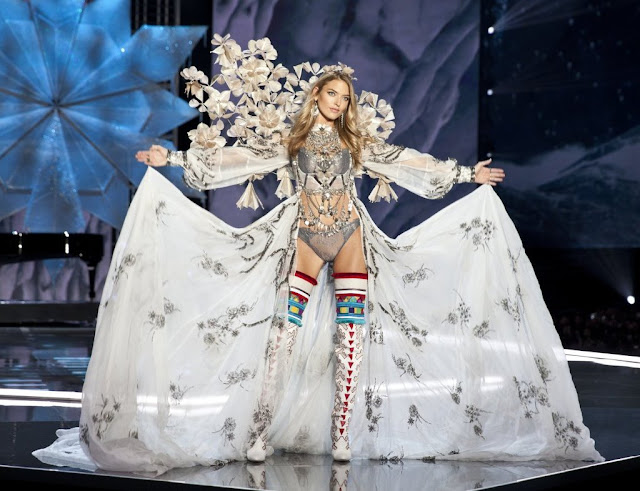 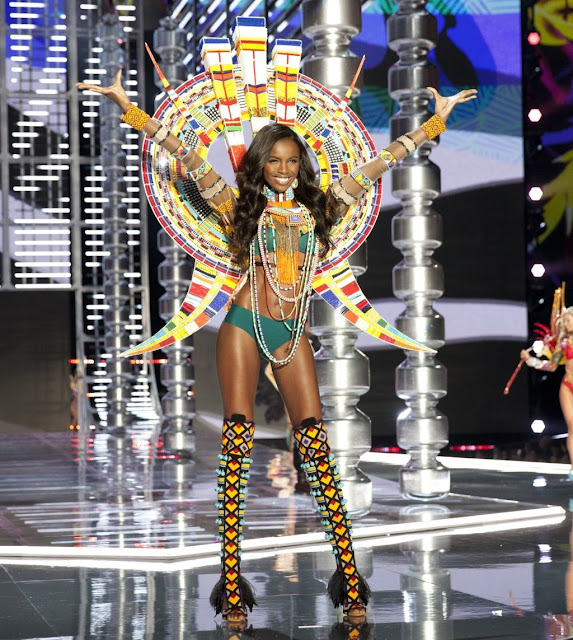 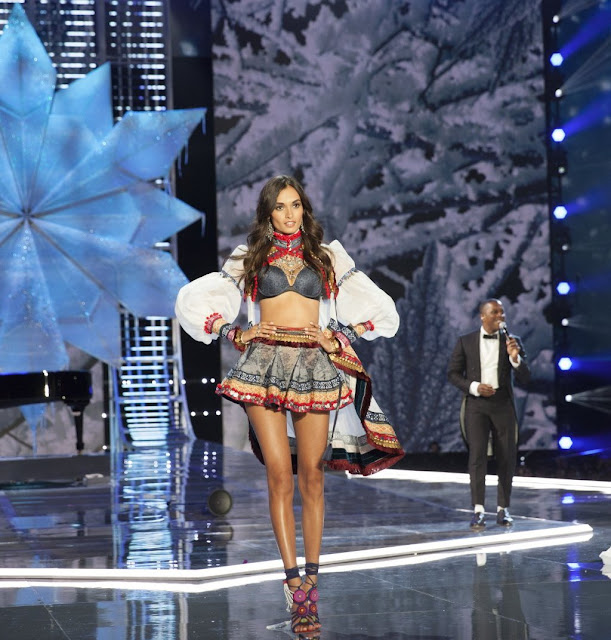 For whom is the fashion show extravaganza targeted?  I’m not sure, but an estimated 800 million people watched.  Is it as relevant today as it has been in the past?  Only YOU can answer that question. 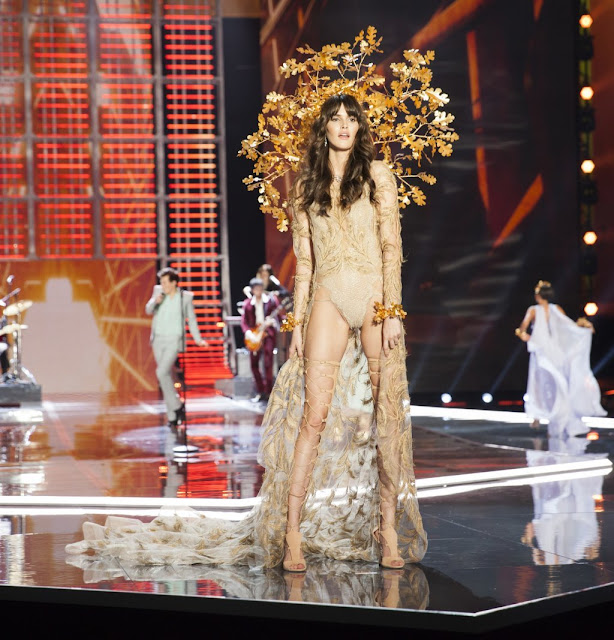