First Ladies and their Designers


The "Fashion" talk all last week as the inauguration of our 45th President was approaching, was not so much WHAT Melania would be wearing, but WHO she would be wearing.  It may be that her choices on that special day would reflect her style for the coming years in the White House.  And who did she choose for her two ensembles for the day.....
two veteran designers.

For the day time events, she chose an elegant slim cut powder blue suit with a cropped cutaway jacket and perfectly matched suede gloves, pumps and clutch.  She put
Ralph Lauren center stage.
I couldn't help but reflect and compare her to a first lady of years ago with similar simple classic style.........Jacqueline Kennedy 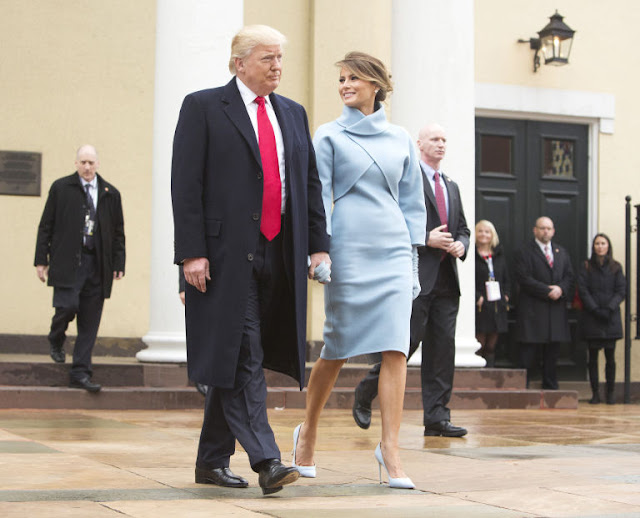 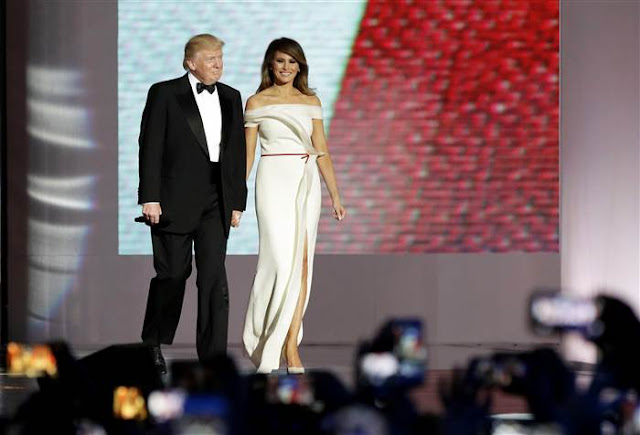 For the inaugural balls, Melania wore an ivory column gown designed by Herve Pierre.  According to Pierre, he dressed other first ladies.  While at Oscar de la Renta he dressed Hillary Clinton, plus Laura Bush and Michelle Obama while working with Carolina Herrera.  It is also been revealed that Melania had input into the design creation. 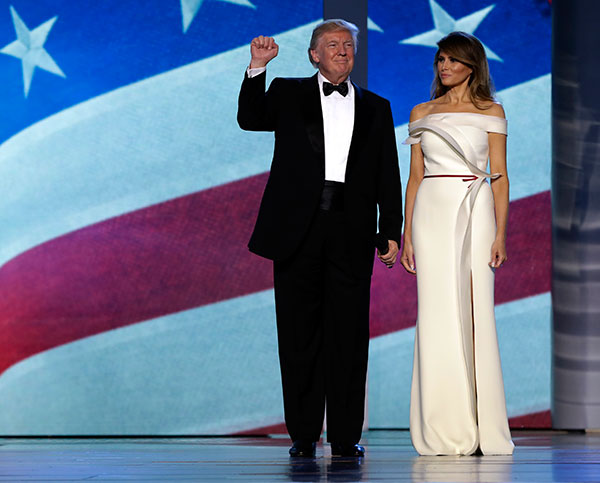 I thought it would be fun to look back at the most recent first lady inaugural gowns. 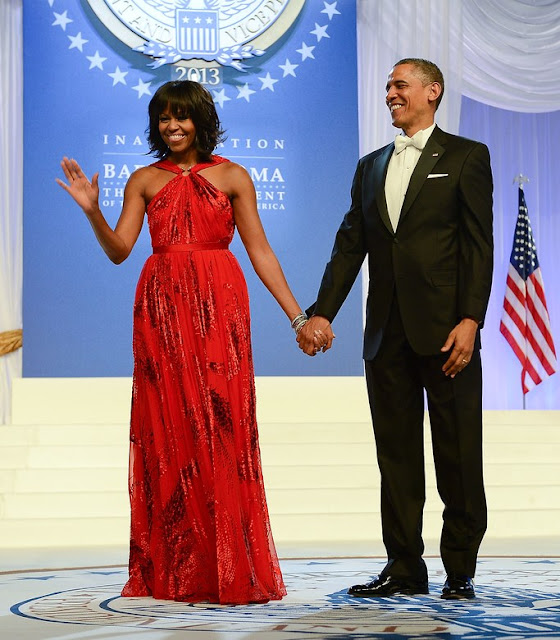 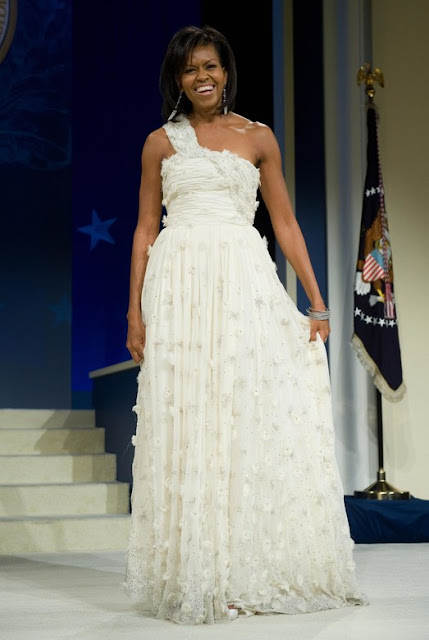 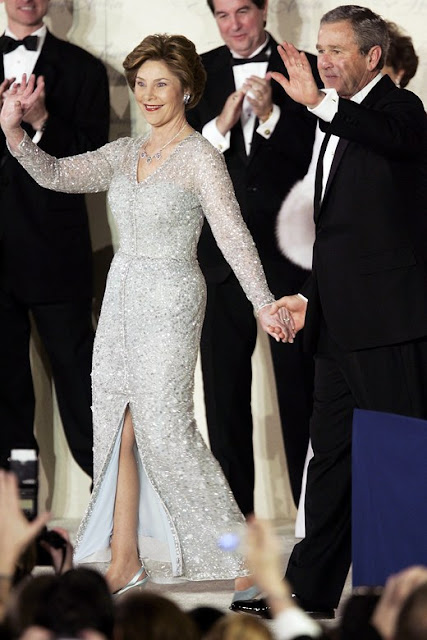 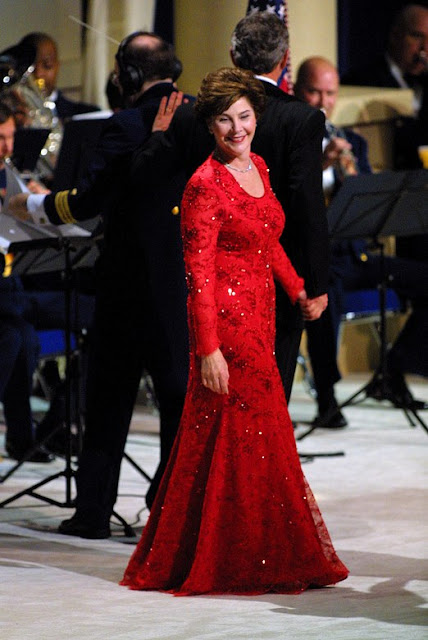 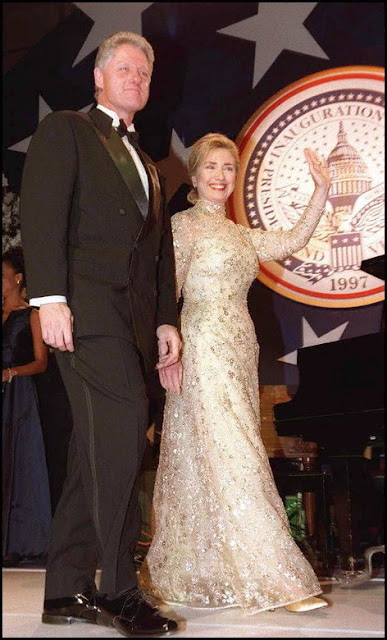 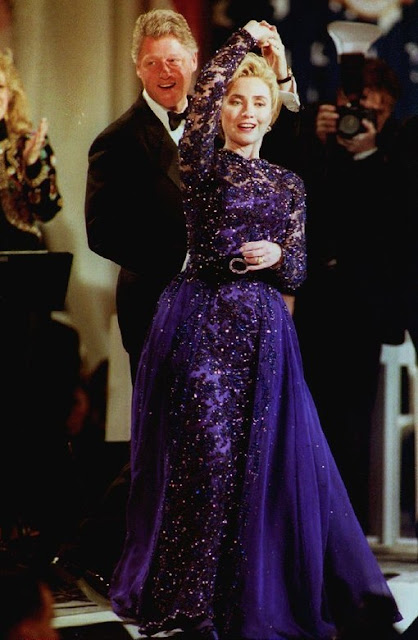 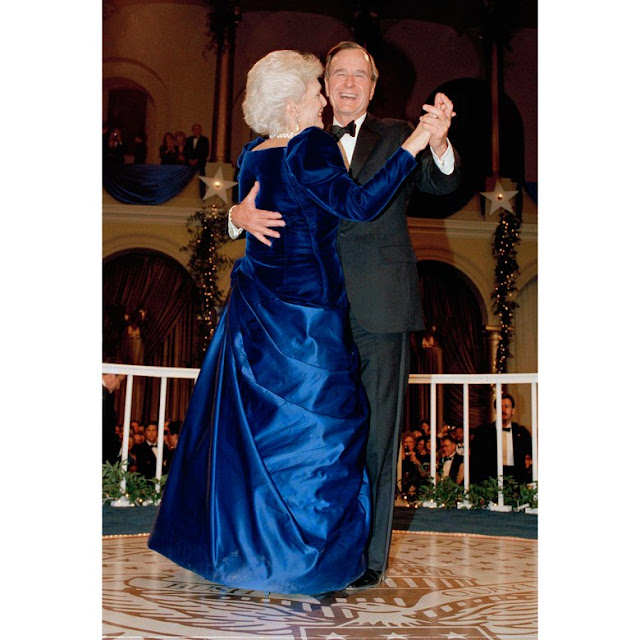 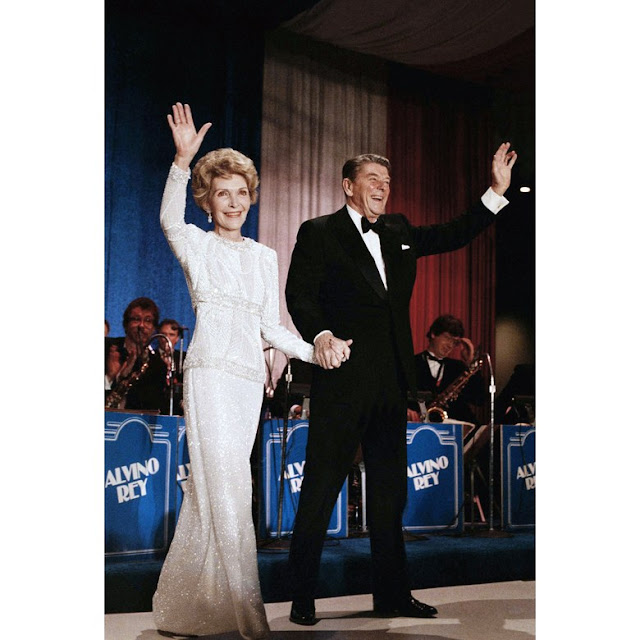 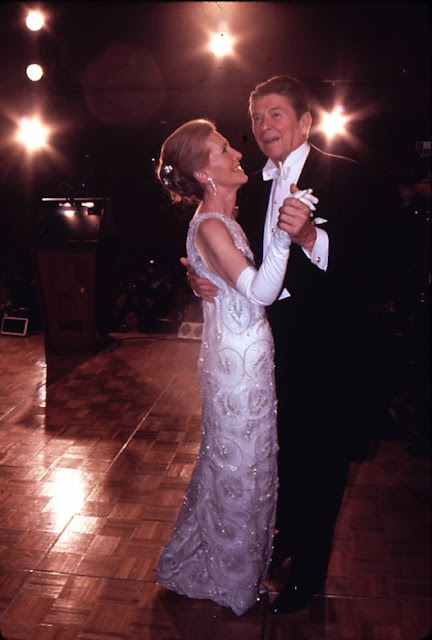 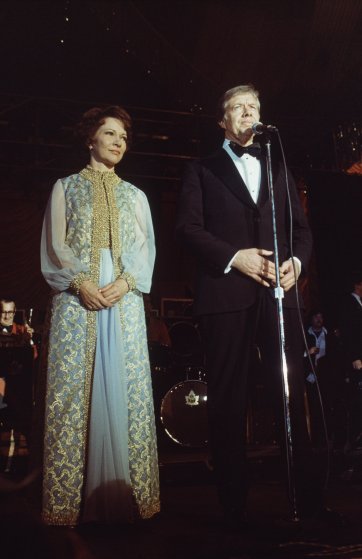 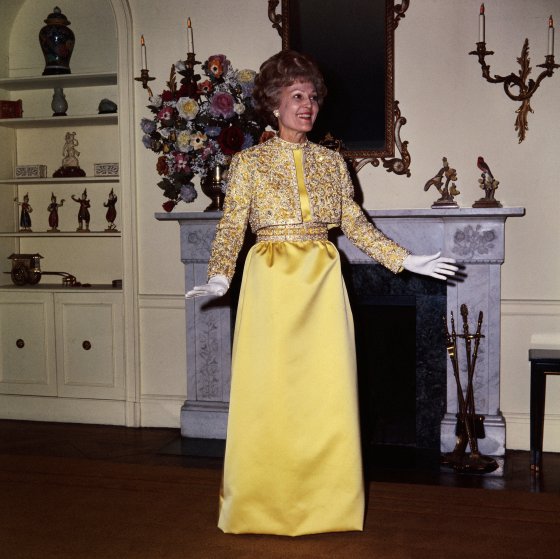 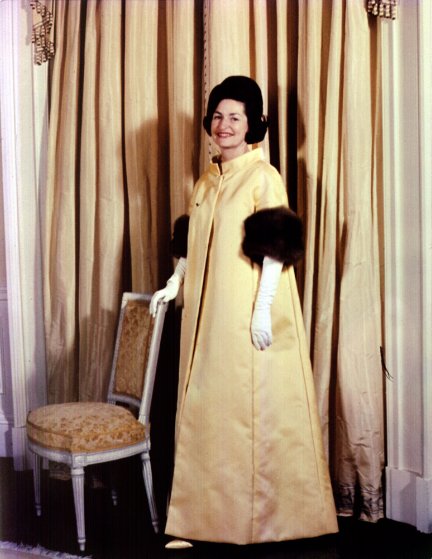 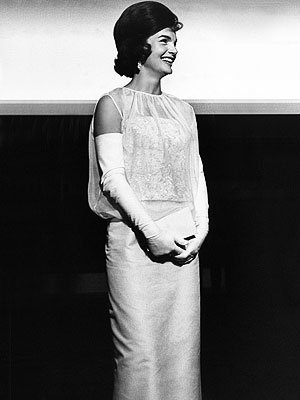 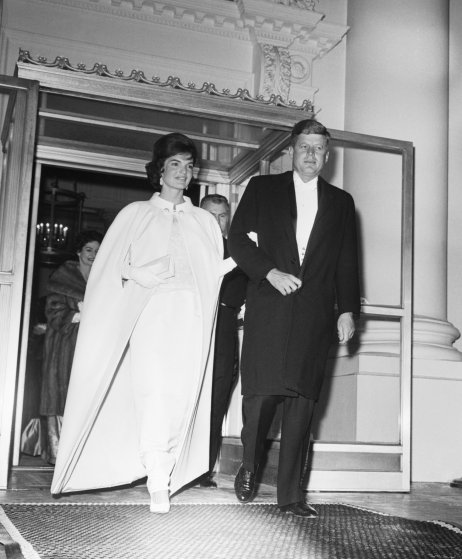 Jacqueline Kennedy, 1961, wore a white cape over a sleeveless silk chiffon gown which were made by Ethel Frankrau of Bergdorf Goodman's custom salon.  The dress was made using sketches from the First Lady.